Phil Leurck never set out to be a Findlay Market merchant. In fact, when he heard about the part-time work available, he had only a vague awareness of the Market. If he had ever actually been there, he had no memory of it. It was 1996 and he was a student at Elder High School. The Guidance Office bulletin board had some new part-time opportunities posted, so he went to have a look. One of them was for a job at Mackie Meats. He got hired by Jim Mackie, whose father, Ed, started the business in 1968. Phil worked there part-time until he graduated in 1997.

Phil has no idea why the profession came so naturally to him. No one else in his family was ever a merchant. He never knew any butchers until he met Jim Mackie. But something clicked back in '96 because now he's putting in 80 hours a week as a business owner with eight employees. And he's happy.

Mackie Meats is the place to shop for simple food as well as festive occasions. The filet mignon is always available at an unbelievably great price. Other specialty meats include Cornish hen and rib roasts. Products that require no fuss at all include chicken nuggets, potato wedges, and frozen pizza. His selection of condiments and seasonings provide new ways to spice up old recipes.

Lots of Jim Mackie's regular customers continue to shop with Phil. And even though new faces come to the stand all the time, it only takes a second visit to be recognized by Phil. By then you're one of his valued regulars. 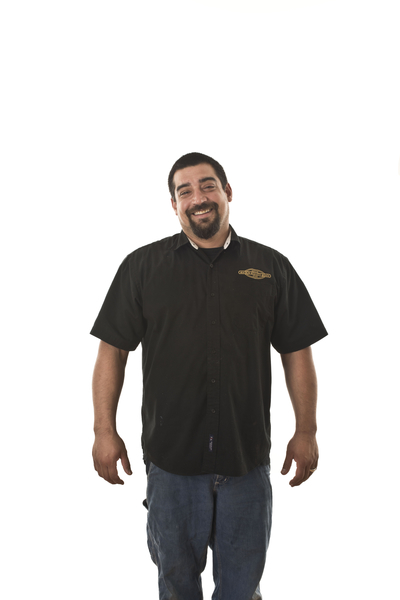 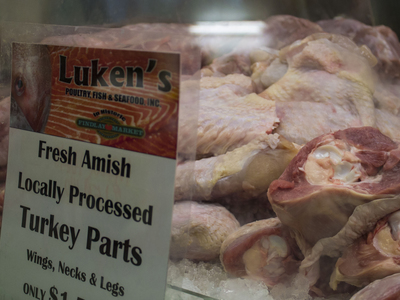 Mike Luken has been at Findlay Market since he was ...

"We are a Family Farm committed to providing high quality ...